An influential advisory group said that the Financial Accounting Standards Board needs tough new oversight and a revamped decision-making process to speed up its work. It can sometimes take more than 20 years to update rules on how to calculate vital financial metrics such as cash flow and asset values, the group said.

“Investors have increasingly voiced concerns that accounting standard-setting has not kept pace with the evolution of the sources of value and risk, leaving investors without the information they need to value modern companies,” the US Securities and Exchange Commission’s investor advisory committee wrote in a resolution passed on Wednesday.

Committee members draw from the financial industry and include representatives from the hedge fund Trian, the financial adviser Edward Jones, the California pension fund Calpers and the audit firm EY. The SEC is required to respond to its recommendations, if not follow them.

The SEC should step in to modernise FASB, the committee said, and impose new disclosure rules for companies directly if the accounting board takes too long to update standards for companies’ formal accounts.

FASB is a private sector group that sets the rules on how to produce financial statements, under powers delegated by the SEC.

It has faced a drumbeat of criticism from investors in recent years. In April last year, Capital Group, the $2.7tn-in-assets fund manager, said FASB was not “effective in setting standards that meet investor needs for timely, complete, and relevant financial information”.

The CFA Institute, the professional body for the investment industry, said last month that company accounts are plagued with “outdated legacy standards that were mainly developed for an economy dominated by manufacturing”.

The SEC’s advisory committee said FASB had focused on “simplification” of accounting rules, something often demanded by companies themselves, instead of working on issues of concern to investors. A project to update reporting rules for intangible assets, such as software and patents, is still in the research phase 20 years after FASB added it to its agenda, the committee said.

“The nature of public companies has changed dramatically over recent decades, and the FASB has yet to promulgate standards to account for these changes,” it said.

FASB weighs the compliance costs to companies when deciding whether to make rule changes but needs to factor in the cost to investors of delaying improvements, according to the committee’s recommendations.

SEC chair Gary Gensler told the committee that he welcomed suggestions to improve the “responsiveness of our nation’s accounting standards to changing business practices”.

FASB declined to comment. In a recent report on its activities, it said it was making progress in addressing investors’ priorities and was “actively listening and responding to their feedback”.

Lynn Turner, a former SEC chief accountant and now adviser to the financial consulting firm Hemming Morse, said US accounting standards were improved after the collapses of Enron and WorldCom two decades ago, but have been deteriorating.

Last year, Turner signed a public letter with a group of capital markets veterans calling themselves the Alliance of Concerned Investors, asking the SEC to overhaul standards-setting bodies for the first time in 50 years.

“Companies are using non-GAAP accounting, people are playing games with materiality, there are issues with revenue recognition,” he said. “We are heading in the direction of another crisis.” 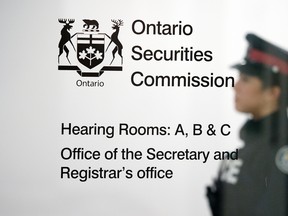